Get fresh music recommendations delivered to your inbox every Friday.

by Gosia Winter and Barry Chabala 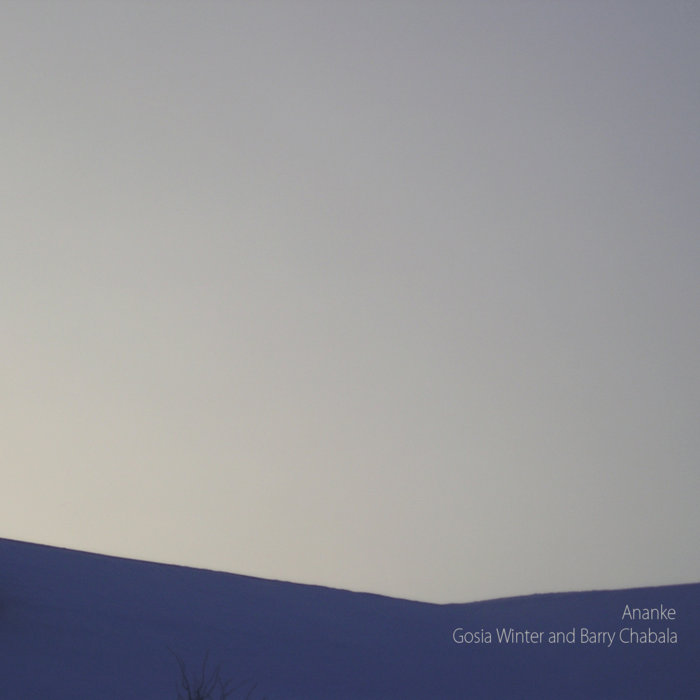 Born of a curiosity of what it would sound like to make music across the Atlantic and part of continents either side. Step into homes 6,400km apart. Quiet moments, trams and winter; shared through wires.

Barry Chabala (b.1961) - NJ guitarist taking cues from influences such as John Cage, Morton Feldman and Taku Sugimoto, Barry's music has continued to evolve, reduce, and focus, reaching ever closer to the essence of his intention. His work with composer Michael Pisaro has yielded several critically acclaimed recordings: ‘an unrhymed chord(for 25 acoustic guitars) for Confront Recordings, and ‘black, white, red, green, blue (voyelles)’ for Winds Measure, and most recently “Close constellations and a drum on the ground” with percussionist Greg Stuart and “Asleep, street, pipes, tones” with clarinetist Katie Porter on Pisaro’s own Gravity Wave label.

Gosia Winter (b.1982) - Polish born, Australian singer, musician and songwriter, Gosia Winter writes music strong in myth-like narrative and honesty. Her music has been described by reviewers as 'avant-folk', 'carefully crafted' and she is influenced by jazz, folk and experimental music.
Gosia works both as a solo musician and in collaboration with others, and has released her musical work internationally.

This is where I put up the music I release.
You can see my upcoming shows just below here. I mostly play in Berlin and Poland at the moment - and am always up for a good house concert.